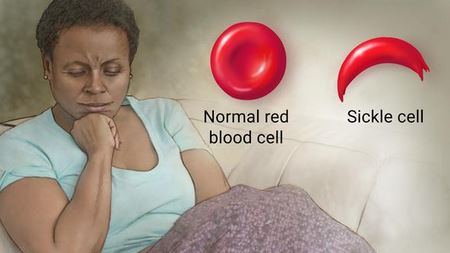 On June 20, 2017, at the age of 42, Albert “Prodigy” Johnson, a hip hop pioneer, passed away due to complications from sickle cell disease.  His death was unexpected but his lifelong battle with the condition was articulated in a song he created back in 1996 called, “You Can Never Feel My Pain.”  Over the years, Prodigy was documented using spirituality and music as a coping mechanism as doctors struggled to treat his pain. I was born with the sickle cell trait and I have a cousin and a friend who suffer from the disease but I never bothered to learn more about it until I heard of Prodigy’s untimely demise.

Sickle cells are not flexible and they can also stick to vessel walls causing blockage in the veins. The blockage slows or stops the flow of blood so oxygen can’t reach nearby cells. The stoppage of blood causes joint pain and over a lifetime, the disease can cause harm to a person’s vital organs

The biggest issue caused by sickle cells is the pain attacks that come without warning. The severity of the pain varies widely from person to person. Most adolescents and adults may suffer from chronic ongoing pain between the severe pains of an attack. The condition also causes manageable fatigue, dizziness, and infections. However, the severity of each symptom varies from person to person. Sometimes after a very painful attack, the person suffering has to be hospitalized for an effective treatment.

Currently, the only cure for sickle cell anemia is a bone marrow transplant but the procedure is reserved for people younger than age 16 and finding a donor is difficult.  Patients older than 16 don’t have the option to receive a transplant since the risk of death increases as one gets older. Doctors advise people suffering from the disease to try their best to avoid crises, relieve symptoms, and prevent complications.  The Centers for Disease Control and Prevention recommend children and adults with sickle cell disease see a doctor at least once a year.  Call your doctor for effective solutions if you or a loved one are suffering from sickle cell anemia.